The National Youth Service Corps NYSC has debunked media reports claiming that the scheme is planning to mobilise corps members for war.

In a recent interview on Channels Tv ‘Sunrise Daily’, the Director-General of the National Youth Service Corps, Brig. Gen Shuaibu Ibrahim, stated that corps members can be quickly trained in the time of war because they are part of the national defence policy.

He said in his reaction to plans by some lawmakers to scrap the NYSC scheme which is compulsory for all Nigerian students who graduate before the age of 30.

However, NYSC has now released a rebuttal debunking the report, according to the statement, the director-general was quoted out of context. 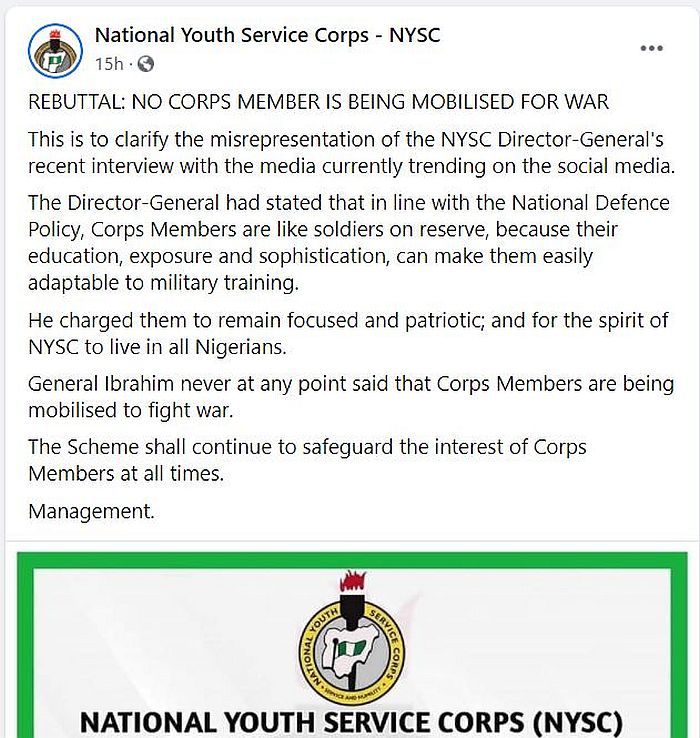 Related Topics:No Corps Member Is Being Mobilised For WarNYSC
Up Next

MUSIC OF THE WEEK

VIDEO OF THE WEEK